When our team at Liles learned that we’d landed a 70,000 square foot adaptive reuse project in an old potato chip factory, we had to savor the moment.

In collaboration with architects at Cline Design Group and developers at White Point Partners, this innovative new development would be named “Salt + Vinegar” both to honor its potato chip-making past, and its well-seasoned future.

It’s also a double nod to the fact that there are now two buildings on the site, instead of just one giant warehouse. To achieve this structural feat, our team at Liles literally had to cut the warehouse building into two unique spaces. The goal in doing this was to create a beautiful, central courtyard right in between the “Salt” and “Vinegar” buildings.

Creating the courtyard also required a lot of underground coordination in a very tight area. Throughout this process, we ran into numerous structural issues, (including attempting to tie into a foundation that was 16 feet deep!) However, we overcame this challenge like we always do, and our team at Liles Construction created a beautiful new development that now houses a brewery, retail, restaurant and office spaces.

Next time you’re in West Charlotte, stop by to shop, eat and enjoy the offerings at Salt + Vinegar! You’ll see why our team at Liles is proud to have partnered on this landmark project that honors our city’s past and flavor-filled future. 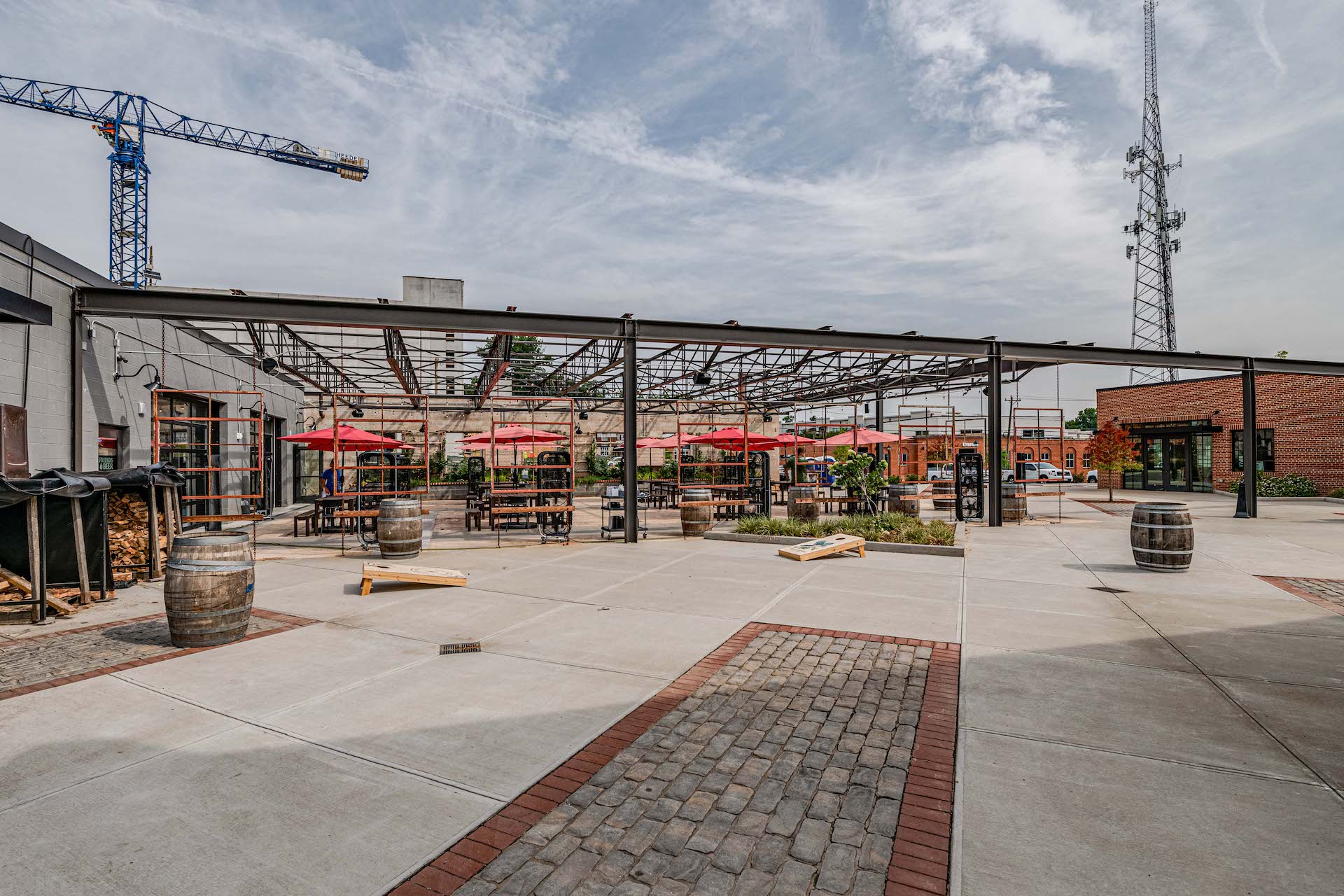 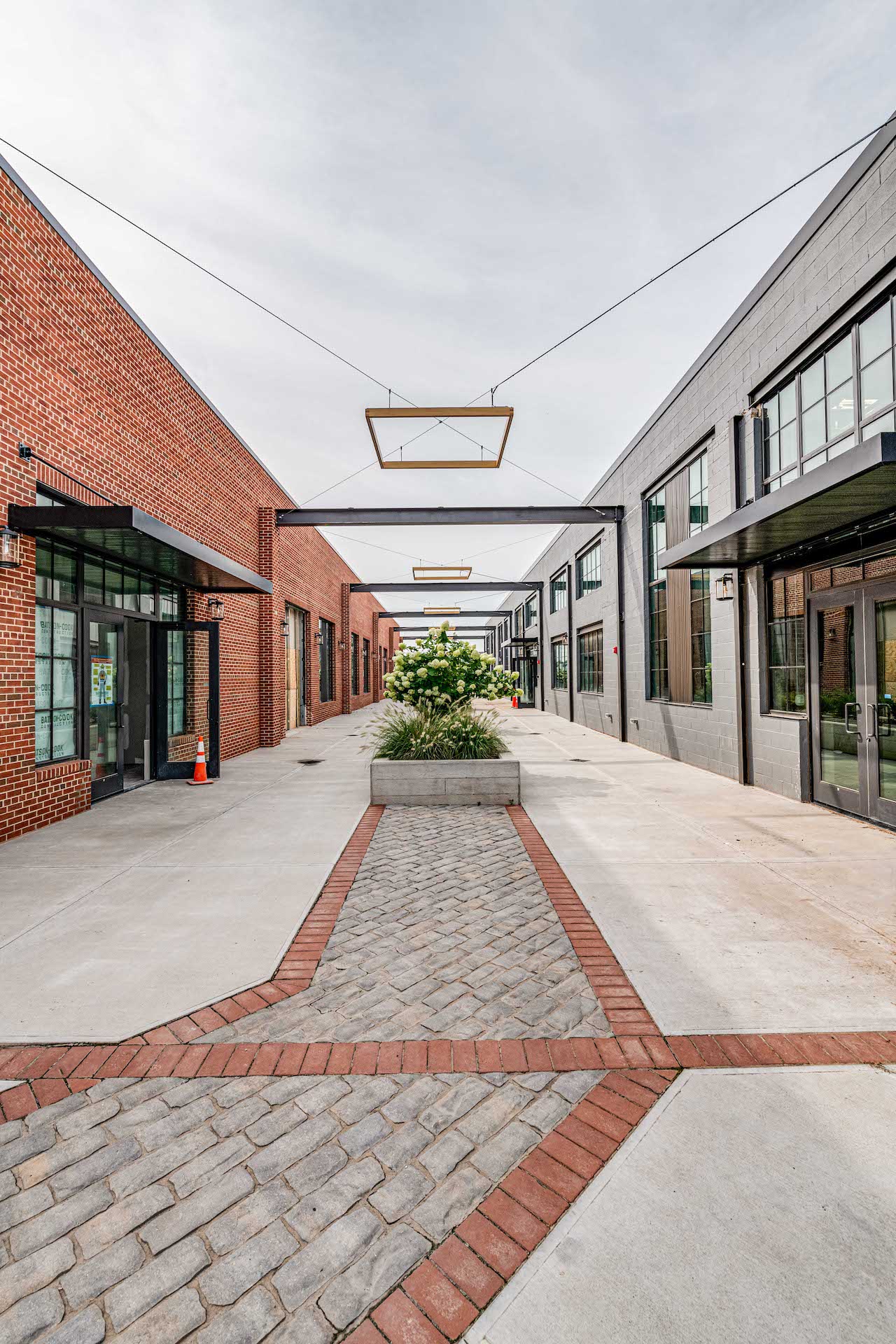 Liles Construction works with commercial clients in North Carolina and South Carolina. We look forward to earning your trust and beginning our partnership. If we can answer any questions, or if you’d like to discuss your construction project further, please contact us today.